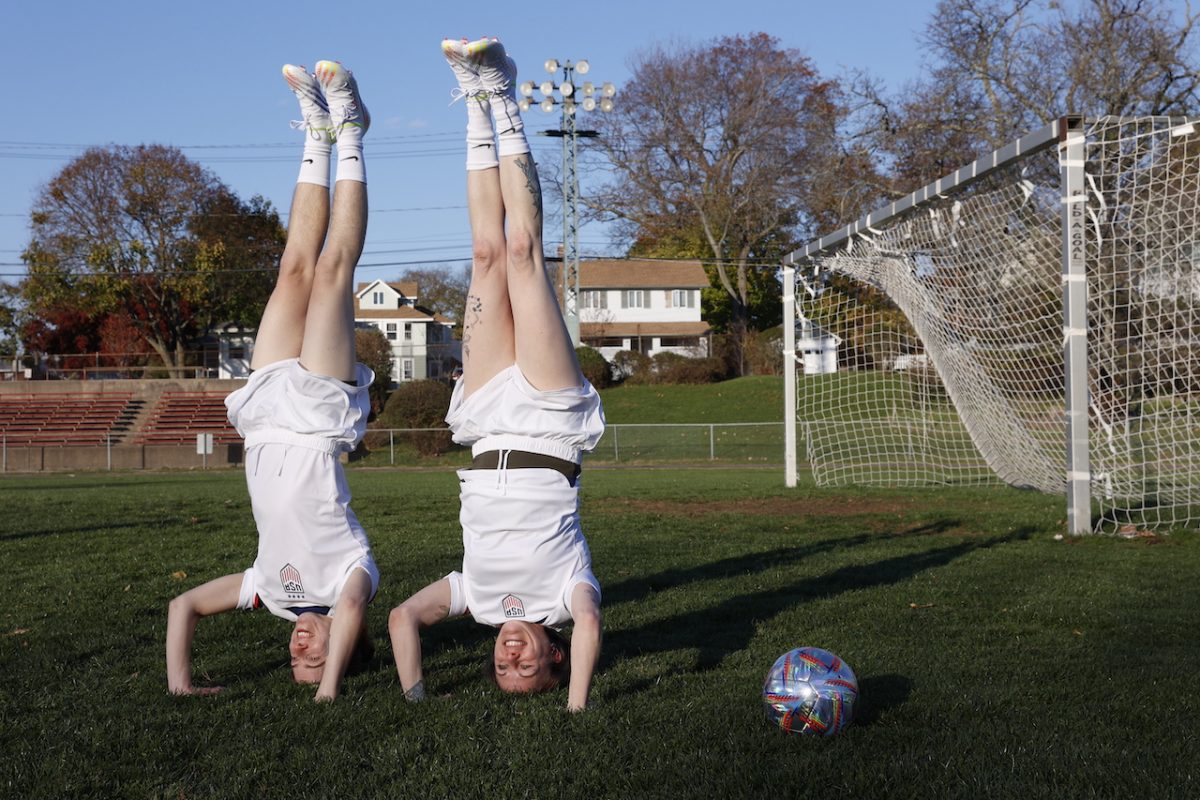 Asking players to perform a two-minute headstand before taking part in a penalty shoot-out could be the key to World Cup success, says a top neuroscientist.

“If they then follow their headstand by massaging their earlobes in the 60 seconds before taking a penalty, they’ll boost their chances even more”, says Dr. Shaun Nanavati, a neuropsychologist and Chief Science Officer of the anxiety management app, AQ.

“The winners of a penalty shoot-out tend to be the team with the calmest nerves”, says Dr. Nanavati.

“It may sound unlikely but in the short break between the end of extra time and the start of a penalty shoot-out, doing a headstand is the best single thing that players could do to calm their nerves.

“If I was preparing a World Cup team for the pressure of penalties, the first thing I’d do would be to train them how to do headstands safely and easily.

“There’s nothing to beat a two-minute headstand for calming anxiety.”

The U.S. has a great team this World Cup, says Dr. Nanavati, based in Greater New York. “Let’s not blow it on penalties.”

Asking World Cup stars to perform headstands might sound silly, concedes Dr. Nanavati. “But it’s based on hard science. We found that headstands increase the tone of the vagus nerve, which is the longest nerve in the human body.  This stabilizes the activity of both the heart and lungs.”

Many drugs to reduce anxiety work by helping pump blood to the brain, he says. “Headstands use gravity to do the same thing but more quickly and with no side-effects.”

While headstands are the perfect stressbuster for the short break between the end of extra time and the start of a shoot-out, says Dr. Nanavati, the best one for players as they approach the penalty spot and prepare to shoot is for them to massage their earlobes.

“Earlobe massage can be done while standing or walking and produces an immediate impact on heart-rate, due to a nerve in the earlobe that connects directly to the heart and can be stimulated to relax the anxious heart . It’s the perfect thing for that final 60 seconds just before taking your penalty.”

Headstands and earlobe massage are the anxiety interventions with the longest successful track record in the history of medicine, says Dr. Nanavati.

“Earlobe massage comes from Chinese medicine; headstands from Indian medicine. These techniques have been used for thousands of years – just not in the West.”

AQ combines the best of Eastern and Western medicine for the relief of modern anxiety.

Watching World Cup fans, however, should NOT attempt headstands, stresses Dr. Nanavati. “Nor should anyone without an expert to show them how to do one safely.”

Stressed-out fans, who find the pressure of penalties hard to bear, should try different things – ranging from earlobe massage and breathing through alternative nostrils to, of course, hiding behind the furniture.

The ‘SOS Library’ of the AQ app outlines over a dozen short exercises to provide immediate stress relief.

Dr. Nanavati draws on it and other sources to prescribe the following top tips for stressed-out fans:
• Earlobe Massage: This technique, long used in Chinese medicine, immediately slows the heart rate and reduces anxiety.
• Alternate Nostril Breathing: This simple breathing exercise lowers heart-rate, lowers stress and anxiety and syncs the two halves of the brain.
• Feet Up Against A Wall: Make gravity your friend with this simple pose, by lying on your back and resting your feet up against a wall, at right angles to your upper body, while slowly breathing in and out. This slows the heart and calms the nerves, relieving stress and tension. Allow at least 10 minutes for maximum benefit but if you start before the end of extra time and maintain throughout a penalty shoot-out, it will help you get through both.
• Downward Facing Dog: This classic yoga pose – which involves stretching forward onto your hands, with your head lowered and your body in an inverted V-shape – helps relieve tension from the neck and back and mimic the effect of many anxiety drugs by boosting the flow of blood to the brain, helping to relieve stress and anxiety. It has the added advantage of making it hard to watch the game at the same time – and, indeed, is perfect for performing  while hiding behind the furniture.

Dr. Shaun Nanavati has published scientific papers on the anxiety-reducing benefits of headstands – but stresses that the theory on which they were based was first articulated by Dr. Joe Colombo, the esteemed neuroscientist, author, and scientific adviser to Mindwell Labs, the creator of the AQ app.

Created by Mindwell Labs, AQ is your personal mental health coach, in your pocket. AQ’s patent-pending proprietary technology and AI analyzes your vitals collected by the Apple Watch and tells you if you’re anxious or calm in real time. AQ uses your mental health profile to provide you with personalized care based on your specific needs. You currently need an Apple Watch to use AQ but will soon be able to use any smartwatch. AQ is available for free download on the App Store; a premium version, with full personalization and all features, costs $39.99/year or $4.99/month. 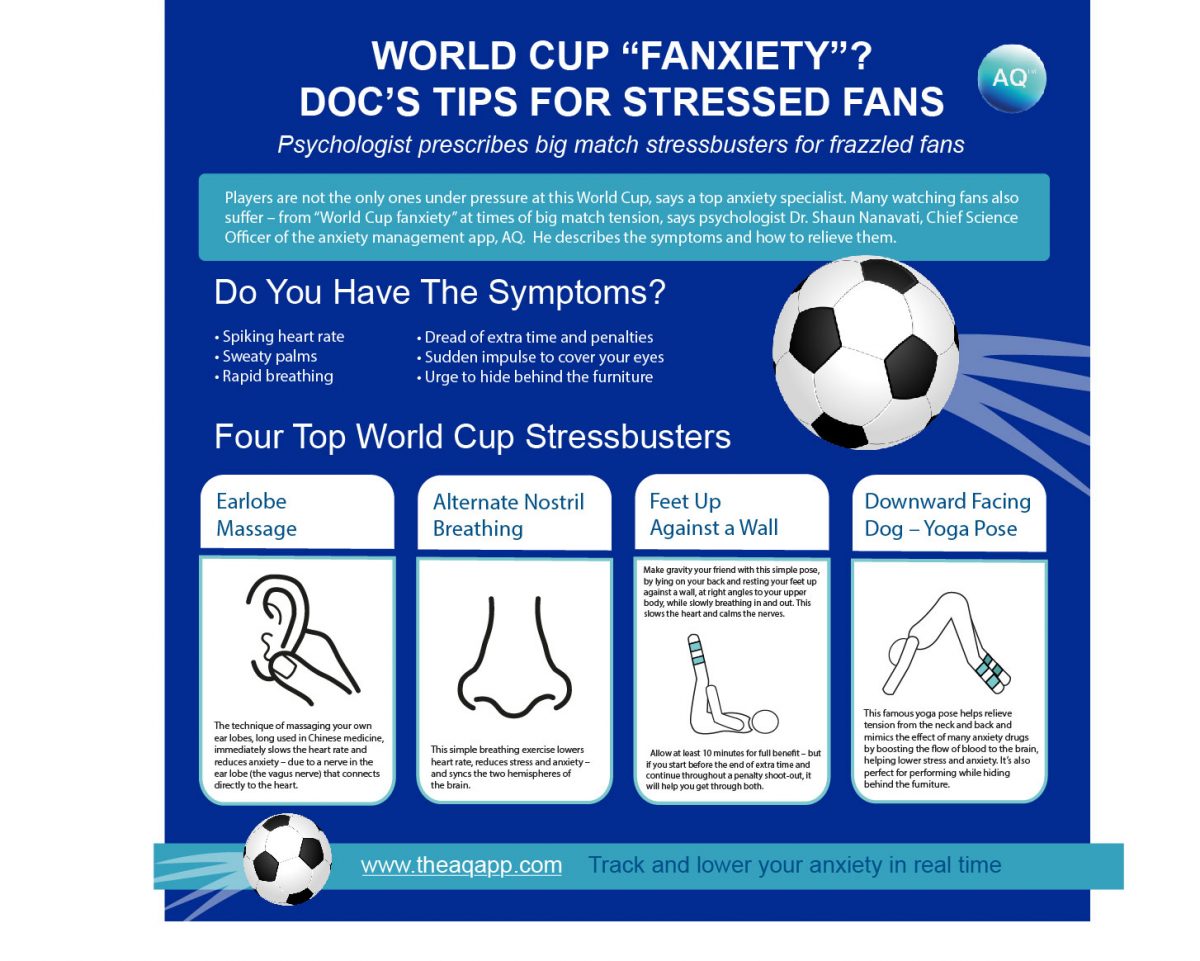 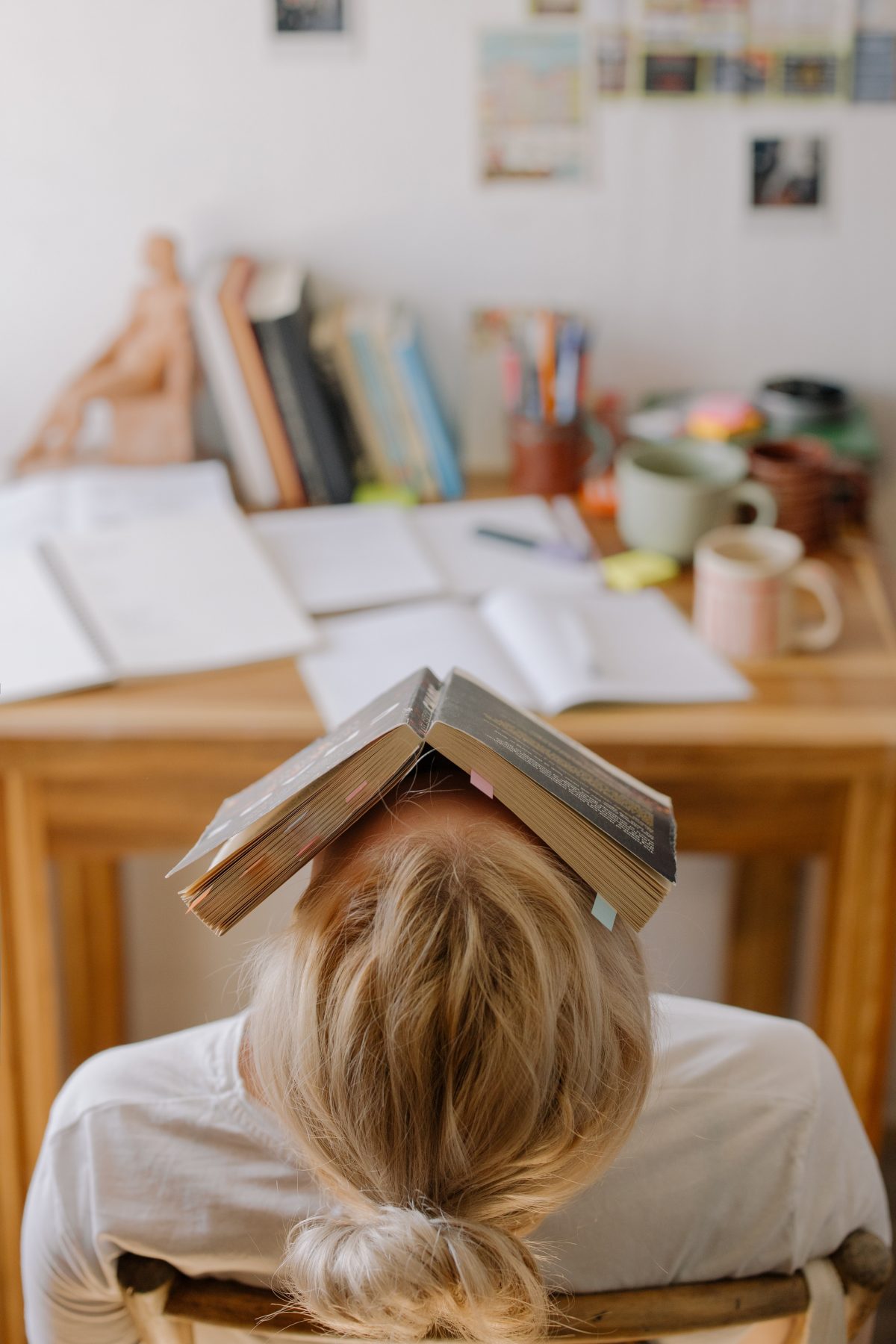 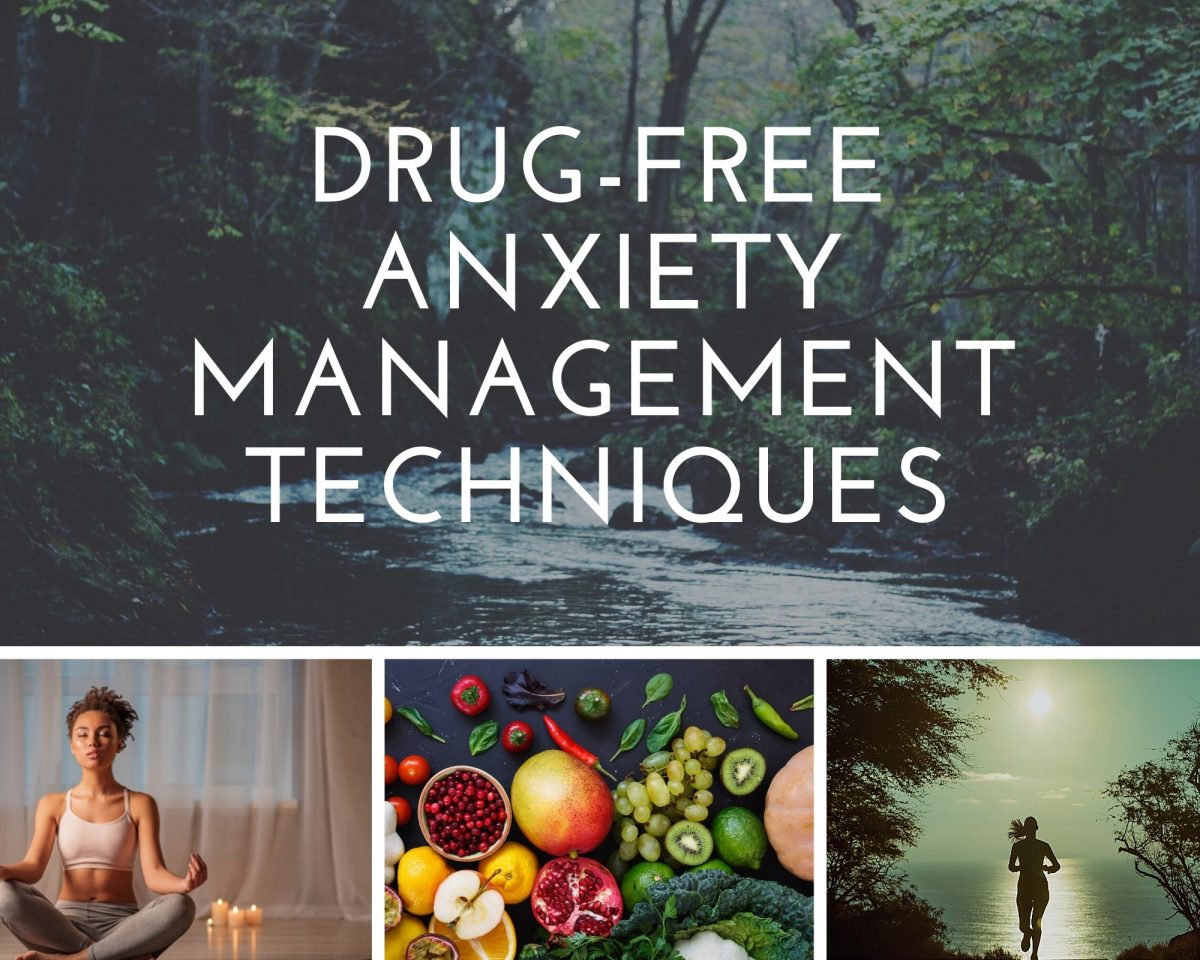